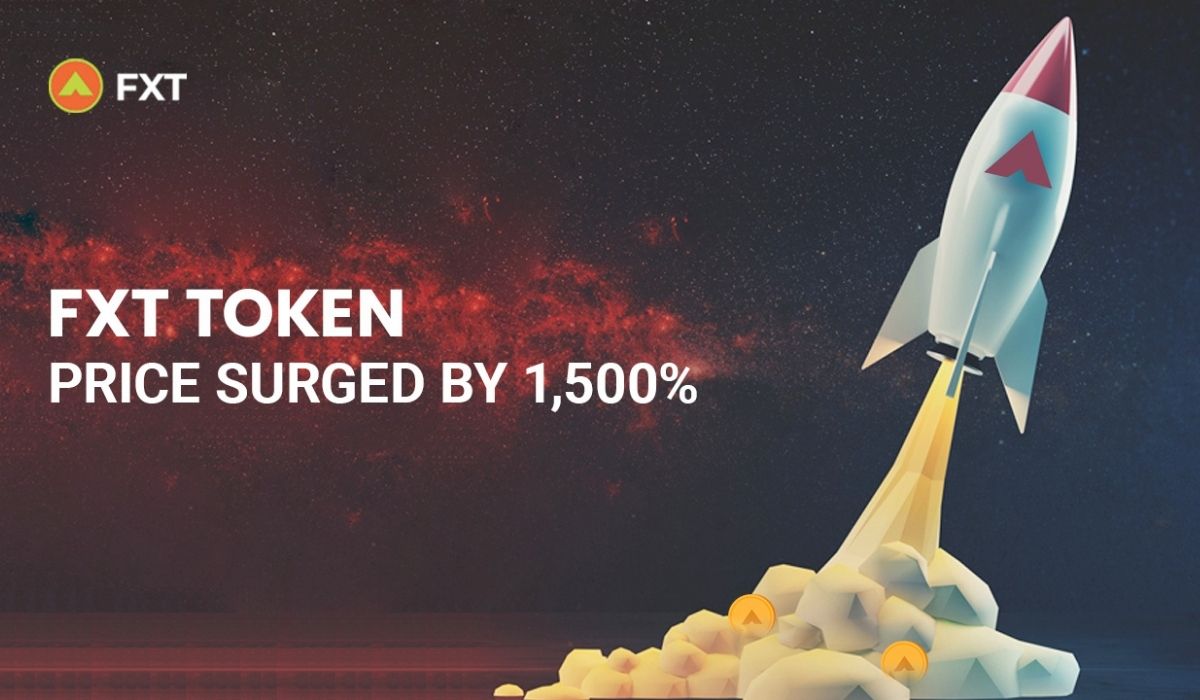 FXT, a blockchain-based trading technology, recorded a 1500% increase in the first two weeks of May. This comes weeks after it completed its Initial Coin Offering (ICO). FXT is trading at $0.147 at the time of writing this piece. FXT token was the top 1 gainer token in the world, and its price increased up to $1.25, according to CoinMarketCap.

In an official announcement on Twitter, the company explained:

‘it’s not wrong to say that slowly and steadily, you win the race, and FXT token is a live example of this. The price of the FXT token increase by 1500% in the first half of May. It marked its position as a promising project in the crypto space. Buy today to earn tomorrow!”

FXT tokens are Ethereum based tokens created to serve as a digital currency for diverse payments and trading. The tokens reportedly have the power to increase security, add transparency and reduce the transaction cost. FXT token gives users complete control over their assets. Users can directly participate in asset staking, lending, swapping, and other financial services. They can also keep tabs on current transactions on the platform and have access to transaction history.

The company plans to mint a total of 1 billion FXT tokens. These tokens will be distributed among potential investors during various processes intended by the company. So far, from the one billion XT tokens, 75% has already been distributed to investors during the Private and public ICO sales. 20% will be given to participants as incentives for promoting the FXT tokens, while the company will reserve the remaining 5% to fund various activities, including maintenance, marketing, and other developments.

In March, the FXT token saw a more than 23000% increase in its token holders and over 19,000% increase in token transfer within a week. Currently, the tokens are listed on top crypto sites, including CoinMarketCap, ProBit Exchange, and Bilaxy, Fatbtc.

The recently concluded ICO has provided funding that the company hopes to use in scaling its activities. It will also hope to develop and launch blockchain-based platforms such as spot exchange, crypto wallets, margin trading, P2P lending platforms, and swapping platforms. One thing to note is that FXT plans to launch its ecosystem on Binance Smart Chain.